DE
Farm
La CANTINA Relais
Our Products
Are you a Gourmet ?
Farm holidays
About Us
Find us
Contact us

We finally have our retail shop! 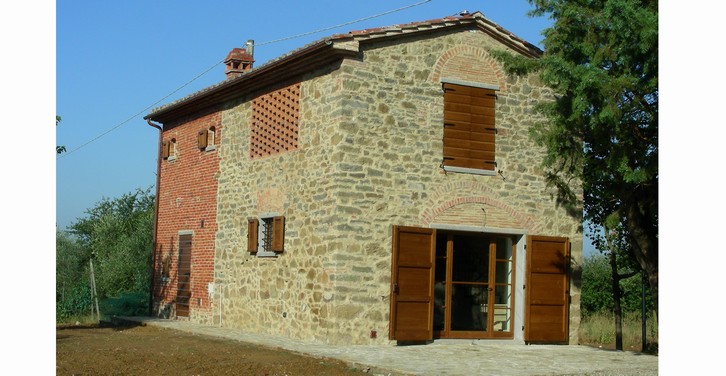 Finally over!
You cannot recognize it! From unsafe building it has been completely renovated. "La Tabaccaia", so we call it, has been restored keeping the shape and materials, while respecting its characteristics, origin in fact, as seen from the outside half wall of red brick and the other half of stone, was composed of two environments.
The first, the of brick one, was used to dry the tobacco that once hung in green leaves was placed in the interior beams traveling along the entire width of the building, in the end there was a fire in the middle of the room so to warm the environment and dry the leaves. From his small windows still came out smoking.
The second
area in stone was intended as barn. During the renovation four grains in the floor have been found directly on the ground where at the beginning of the century the grain was stored during the winter.
Before using the grave it was necessary to prepare a sort of coating to isolate the wheat from the damp earth, so were prepared ropes of hemp and straw with which the entire wall of the pit was enveloped to create a dry coating on which to deposit grain that would otherwise have rotted during the winter.

Internally, we have maintained the "chiusini," covers used to seal and close it in stone.

Now the locals are waiting for the furniture to begin to function as a point of sale!

We will keep you up to date for the inauguration!

Register and discover the benefits

Secure Payments Why to register ? Product Guarantees Our Deliveries